French pastry shops often sell viennoiseries that include brioche, croissants, chocolatines, and pains aux raisins. Find out what they are below! 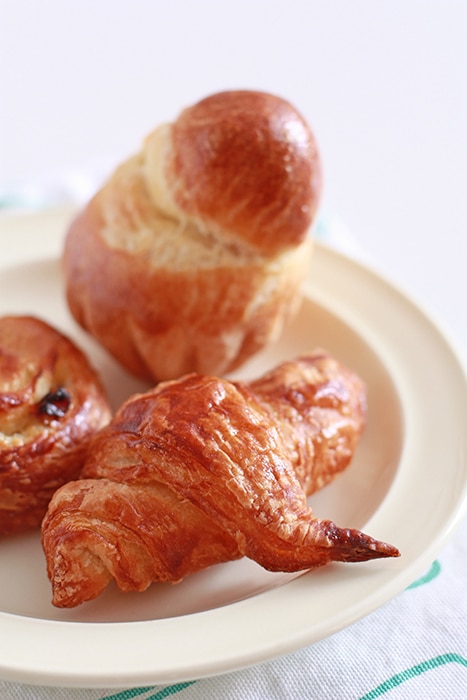 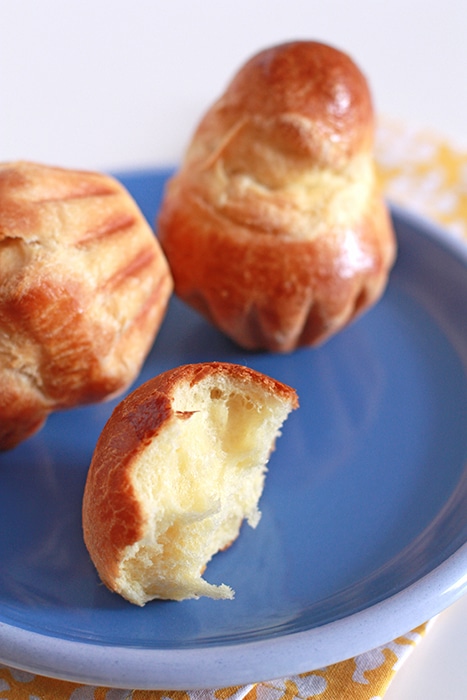 You can make brioche at home with a stand mixer instead of kneading by hand. Brioche takes more time to knead and is usually kneaded in two stages:

These two stages of kneading result in an extremely light and fluffy bread that is a real treat. Leftover brioche can be transformed into bostock or even bread pudding or stuffed French toast. The shaping of brioche leads to different names. When brioche dough is shaped into two balls and baked in a fluted mold, it's referred to as a brioche à tête, which is what you see pictured here. You can also shape it into a loaf and break it in a bread pan, or shape it into buns. 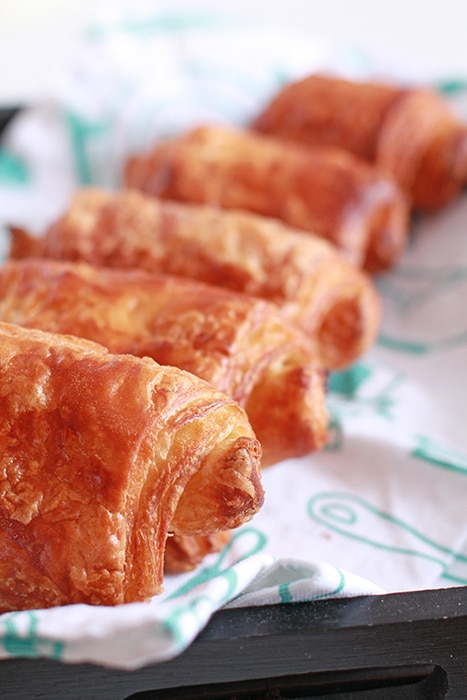 Croissants are not to be confused with puff pastry (pâte feuilletée is the French baking term for it). Puff pastry is made without chemical leaveners or yeast, and the puff that happens in the oven comes purely from layering butter within thin sheets of dough to create steam when the pastry bakes and the butter melts. Both croissants and puff pastry can be made at home, though it is a bit laborious and takes quite a long time because there are many chilling steps that prolong the process significantly. For this reason, it's easiest to stretch these recipes over a couple of days. Once you've mastered making croissants, you can use the dough or the leftover croissants to make a number of viennoiseries, including: 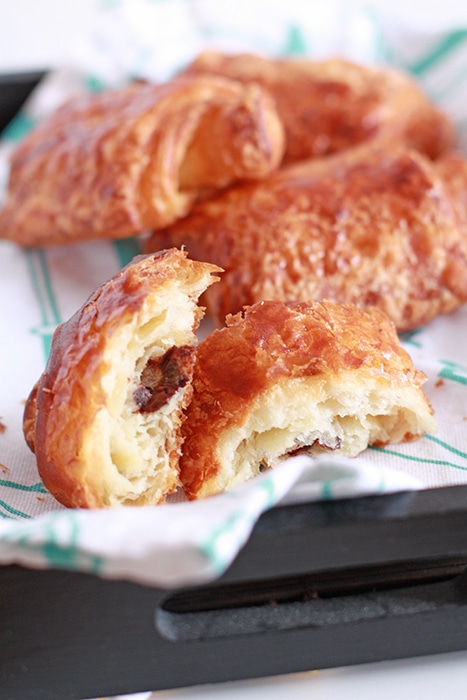 Here's a video showcasing how to hand knead bread dough the French way to give you a rough idea of the technique we learned to knead dough in pastry school. 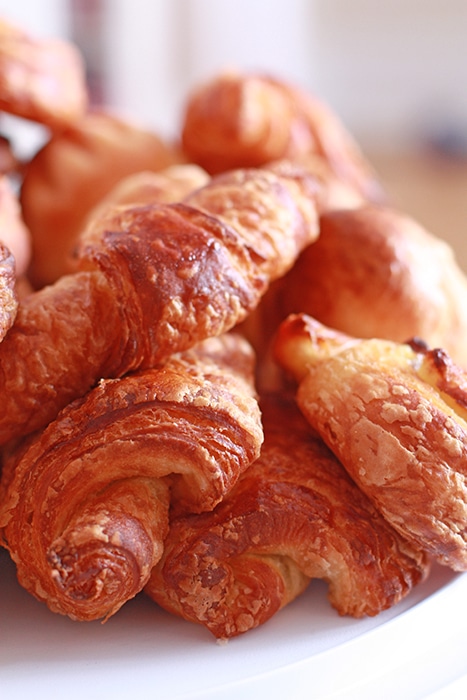