"Pouding chômeur" (literally translates to an unemployed person's pudding. A "chômeur" is an unemployed person in French and so pouding chômeur is actually what some would call a poor man's pudding. This Québecois "pudding" is made from cake batter that is baked in a pool of delicious maple and cream sauce. The "poor man's" version uses brown sugar instead of maple syrup because maple syrup is expensive.

Today, you can find pouding chômeur on the menu of many fancy, local restaurants. The pudding is served bubbling hot. It's gloriously sweet and I'm pretty sure that this pudding could ruin your perfect record of cavity-free visits at the dentist's office. That's okay because this pudding is worth every stinging cavity. It is the epitome of comfort food in Quebec.

This is a buttered rum pudding chômeur. I felt like this was a winning combination, and I was honestly surprised that nobody (according to my googling) had baked up this combination before today. Sure, it's a deviation from the traditional, but I think it is a very respectable, and respectful deviation. I think this pudding should be honored to be made with a little extra butter and rum. Together, they bring this pudding to a new level. Perhaps the poor man's pudding will be able to overcome its rank and change it's stars!

I adapted the recipe from Martin Picard's Au Pied de Cochon. pudding chômeur recipe. The cake batter remains the same (except for the addition of a generous pinch of salt as I believe that cake should always have some salt in it), but I altered the sauce ingredients to include butter, rum, and a pinch of salt. 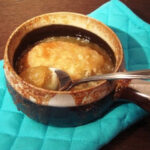 Assembly of the puddings: