Saffron is a delicate spice made from the stigma of a crocus flower (think biology 101 for what a stigma is, or wikipedia it). It is traditionally used in a number of well-known dishes, such as paella Valencia. It is also an interesting ingredient to bake with. Saffron is a spice that has been used for centuries (actually thousands of years).

The Minoans used it medicinally. Perfumers in Egypt used it to scent waters. Cleopatra actually steeped in saffron baths (can you imagine how much that would cost today?). There was even a "saffron war" over a stolen shipment of saffron! But what does it taste like? 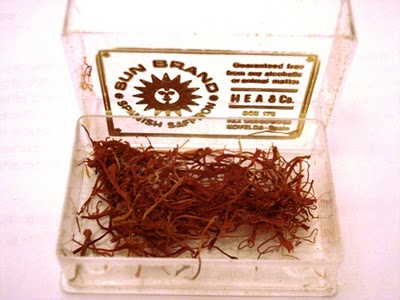 What is the flavour profile of saffron?

Every time somebody tells me they used saffron in a dish, I ask them to identify the taste of saffron for me. I don't often get an answer, which leads me to question why we spend so much on such tiny amounts of the spice if we don't even know what it tastes like. This is a spice that sparked a war; it must have a remarkable flavour!

I purchased a 0.5 gram package of Spanish saffron, and I pondered how I would ever identify its flavour. First, I sniffed it. It smelled like hay (dried grass), maybe with a slight dried chilli odour (not spicy at all, but definitely reminiscent of the smell of dried chilli). Then, I tasted a strand. Initially, I tasted nothing, then I tasted that grassy flavour that I had smelled. Eventually it started to taste a little bitter. Very interesting.

The Flavour Thesaurus (available on Amazon) describes the flavour of saffron as:

What to pair with saffron

In order to showcase the flavour and scent of saffron, it's important to pair it with foods that aren't overpowering, like rice, bread, potatoes, cauliflower, and white fish.

When baking with it, saffron plays well with the following:

What do you do with saffron?

I used saffron to make risotto Milanese. I had never eaten, nor made risotto Milanese before, but my Italian friend, Daniel, told me that it is incredible, and the more saffron the better, and use a good quality parmesan. And, that is what I did. 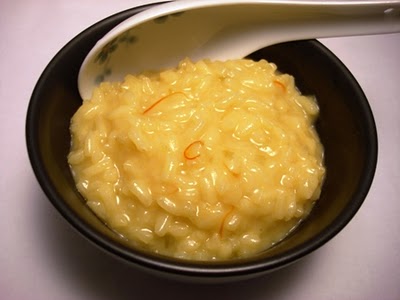 And the verdict on the flavour of saffron.... I still cannot quite identify it except to say the flavour is like hay. If the saffron were not there, I am positive that its absence would be noted. The risotto is wonderfully creamy, and it's a beautiful yellow-orange colour. Each grain of rice has just a slight bite (definitely not a bowl of mush). The saffron strands are beautifully strewn throughout the dish.

The flavour of the wine lingers in the background of every bite. The parmesan is not overpowering; it is just right. I am glad that I took Daniel's advice, and made this risotto. Daniel was right. This stuff is good. It's really, really good. It is warm and comforting on a cold, rainy night. 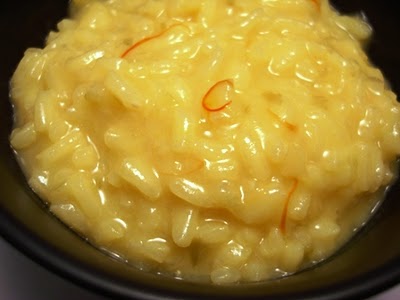 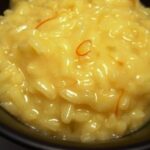