If you are looking for a reliable gluten-free cookbook, I highly recommend the Bob's Red Mill Everyday Gluten-Free Cookbook by Camilla V. Saulsbury. The gluten-free baking recipes are reliable and are made without xanthan gum! 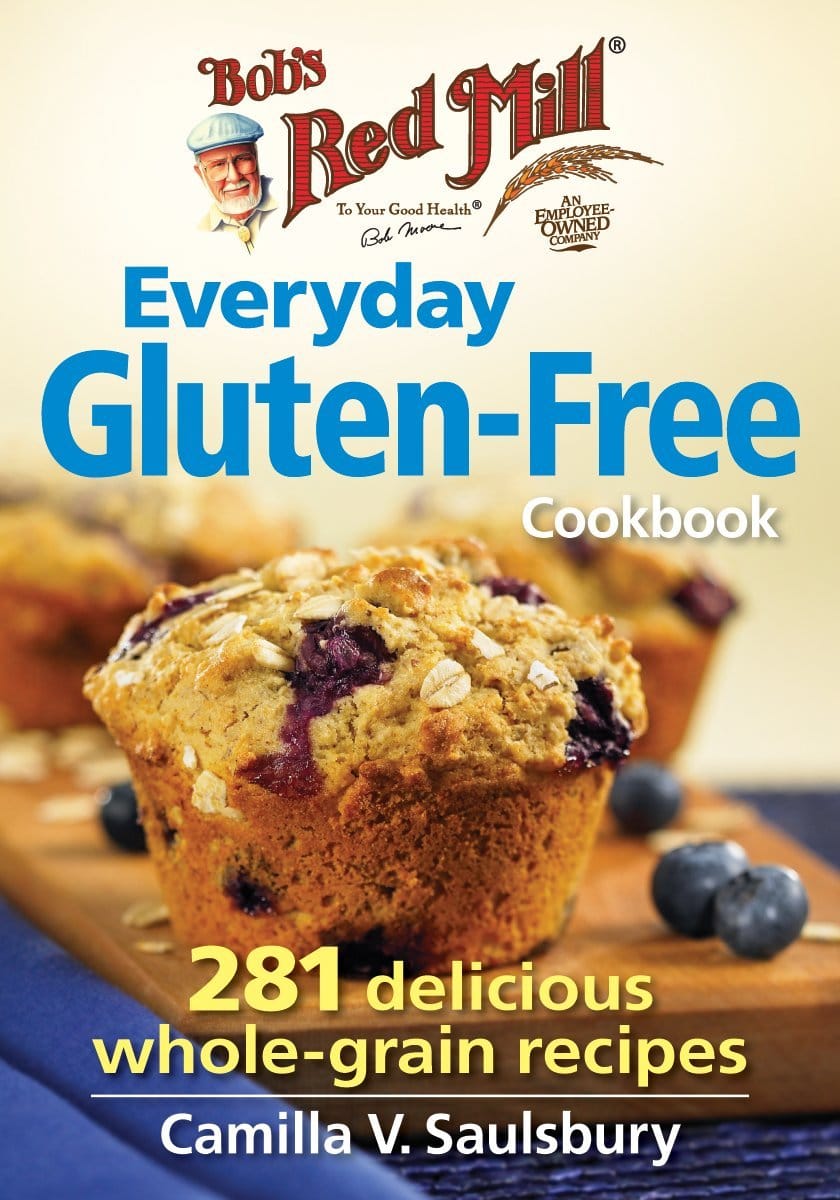 I buy A LOT of cookbooks therefore I own a lot of cookbooks, all housed in my tiny condo, which probably holds more cookbooks than any one-person-household should. I could probably let go of a few of them, but somehow, I have yet to muster up the courage, even though there are some that I've hardly cracked open more than once. I probably use the fact that I am a food blogger far too much to justify my need for more cookbooks. They're research and inspiration, right?

The thing that really irks me about the food blogging world is that a huge number of food bloggers write cookbook reviews having tested ZERO recipes from the cookbook that they are reviewing. Not one. That's like writing a book report without reading the book. I don't think you can judge a book by its cover, or its pretty pictures, to be honest. 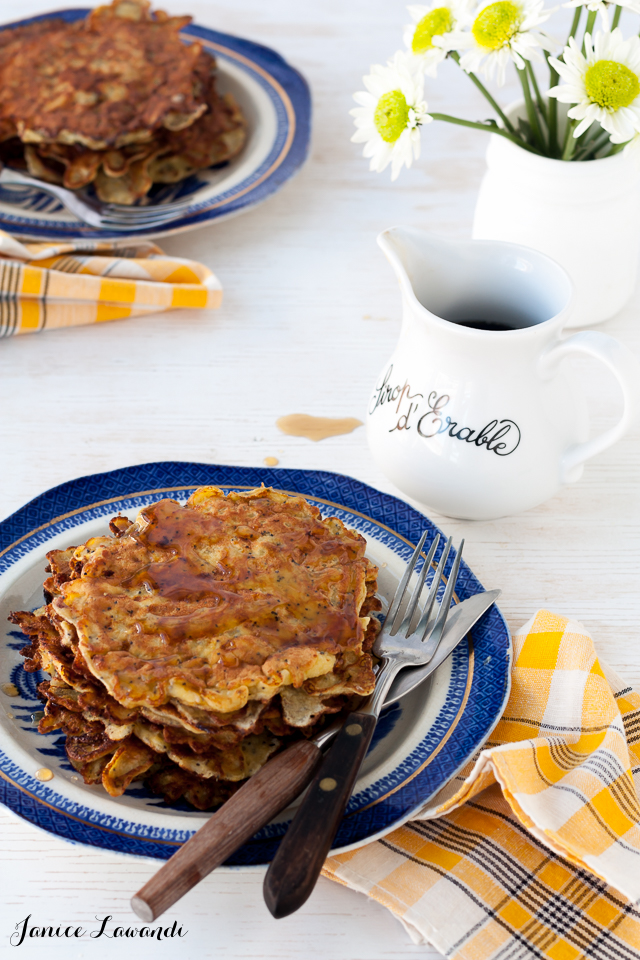 I was sent a review copy of Bob's Red Mill Everyday Gluten-Free Cookbook by Camilla Saulsbury and published by Robert Rose Inc (available on Amazon & Amazon Canada). I tested three recipes that I chose very carefully: although this is a general cookbook, filled with all kinds of recipes, I stuck with the dessert/breakfast recipes because I think it's much more challenging to make good gluten-free cakes, cookies, and pancakes than it is a gluten-free salad or stir-fry. I tested the "fluffy lemon chia seed pancakes,"  the "olive oil cake with cherries and dark chocolate chunks", and the "ancient grain chocolate chip cookies."

I enjoyed the lemon pancakes (which I made with poppy seeds as suggested by the author), although I wouldn't call them "fluffy" as they were on the flat-ish side, somewhere between crêpe and pancake. They were a little flat, but they tasted great and they were easy enough. You couldn't tell they were gluten-free when you were eating them, which to me is a good thing. In general, I think determining whether or not the recipes yielded foods that tasted gluten-free was a good criteria for my review because that is a problem with most gluten-free products and recipes: they taste "different" and that's how gluten-free foods get a bad rap. I'd make the pancakes again. 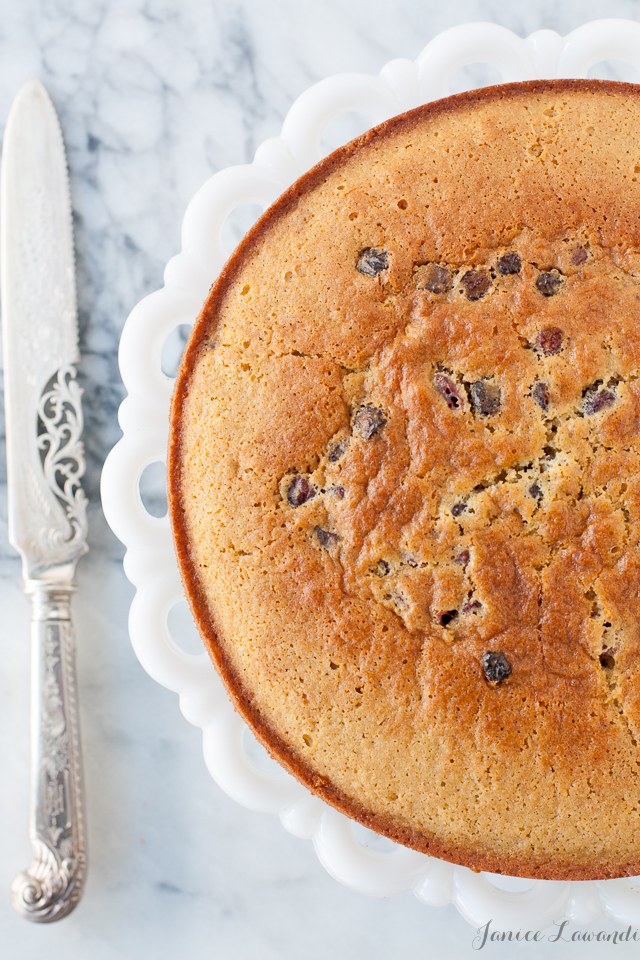 For the cake, I used dried cranberries in place of the dried sour cherries because I can never find dried sour cherries. I also used semi-sweet chocolate chips instead of semi-sweet chocolate chunks because that's what I had on hand. I was really impressed with this cake because it rose nicely in the oven and it didn't collapse, which often happens when you take away the gluten from a recipe. My favourite part was that the cake was NOT made with xanthan gum, an ingredient I detest. In fact, none of the recipes call for xanthan gum and instead use ground chia or ground flax. I loved that and I learned something new: you can use ground chia added directly to your dry ingredients instead of xanthan gum! Even though I was impressed with the rise of the cake, I still had a few issues. The dried fruit and chocolate sank to the bottom and formed a chocolate cranberry layer under the cake. A few stayed afloat, but most sank. I think the lack of gluten is to blame here, which means there isn't enough structure to the cake to support the mix-ins. My other issue is that the author discusses extra virgin olive oil in the blurb next to the recipe, so I assumed I should be using extra virgin olive oil for the cake. Perhaps I misunderstood. Extra-virgin olive oil is much too flavourful for a cake, I think. Next time, I'd use a milder oil (canola or very light, mild olive oil). I also think this cake would have benefited from a little vanilla extract and maybe some grated zest. I'd also line the bottom of the springform pan with parchment (you know how much I love to line my pans!). 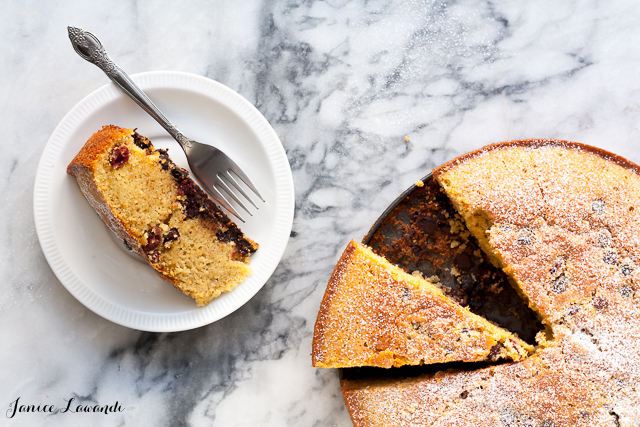 The final recipe I tested was the gluten-free chocolate chip cookies recipe because chocolate chip cookies are serious business. I found it odd that for the sugar in the cookie recipe, the author suggests to use either fine crystal cane sugar or dark brown sugar because those are very different sugars that absolutely affect the texture/spread/flavour of chocolate chip cookies. I opted for the dark brown sugar because, having made chocolate chip cookies with just granulated sugar, I've learned that they taste eggy without the help of that molasses flavour from brown sugar. Perhaps the maple syrup in the recipe is enough to counter the potential eggy flavour. I'm not sure. I also used softened butter instead of coconut oil, as suggested by the author, again because my fridge has butter but my pantry doesn't have coconut oil at the moment. These cookies were amazing fresh from the oven and the day they were baked, but after that, I wasn't as fond because they became drier, crisper, and harder by the next morning. I'd keep the dough in the fridge or freezer and bake the cookies as you crave them rather than baking them all ahead. The large flake oats give the cookies some serious chew.

Overall, I was really inspired by the gluten-free recipes from Bob's Red Mill Everyday Gluten-Free Cookbook, especially the use of ground chia instead of xanthan gum. I actually turned the cookies into a whole experiment because they peaked my curiosity (I hope to blog about that soon). And I will definitely be adapting the cake recipe soon to improve the flavour of it. I loved that all the recipes call for readily available flours, not flour baking mixes. I'm not too into mixes, and since I don't like xanthan gum, using individual flours and adding in ground chia was great for me.

I'd give this cookbook a buy because the recipes work pretty well. They taught me something new and inspired me. Plus, you can't really tell from the taste or mouthfeel that they are gluten-free, which to me is a good thing.

As a side note, I was sad that the flours were measured by volume only (cups and mLs), rather than volume and weight. Who do I have to talk to so that the world of cookbook publishing will switch to cups and grams as the norm because listing cups and mLs is redundant, people!

Bob's Red Mill Everyday Gluten-Free Cookbook from Robert Rose Inc is available on both Amazon & Amazon Canada if you'd like to purchase a copy.
Here's the chocolate chip cookie recipe adapted from the book. I added in the gram measurements that I jotted down along the way, as well as the substitutions that I made (using brown sugar and butter, not cane sugar and coconut oil).

Robert Rose Inc. sent me the cookbook to review. Thanks for supporting the companies that allow me to create content for Kitchen Heals Soul. As always, please know that I wouldn’t work with a sponsor nor recommend a product if it wasn’t worth it.