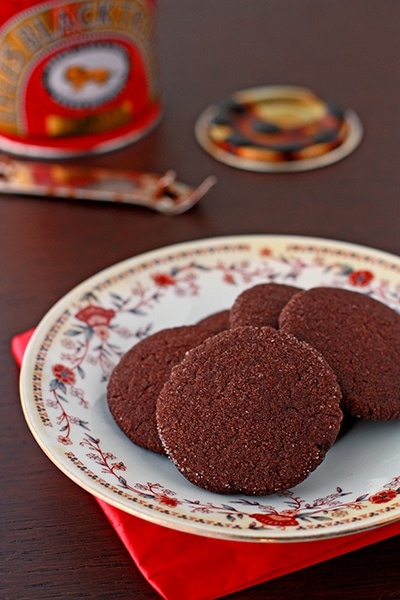 When I did a little bit of traveling in South-East Asia at the beginning of the year, I sent home a big package of ingredients I found on the way: spices and rice from Bali, honey and coffee makers from Vietnam, and blackstrap molasses and black and white peppercorns from Malaysia... Of course, somewhere on its long trek home, the glass bottle of molasses was crushed to bits, leaking all over everything in my big 10-kilo box. By the time my goodie box made it to Montreal, it was in a giant plastic garbage bag, completely unrecognizable and saturated with gooey, sticky, pungent molasses. I was obviously very confused when I picked up my garbage bag at the post office since I had sent home a cardboard box, but then the molasses smell hit me. It took hours to clean up, and I thought I'd never touch molasses again. 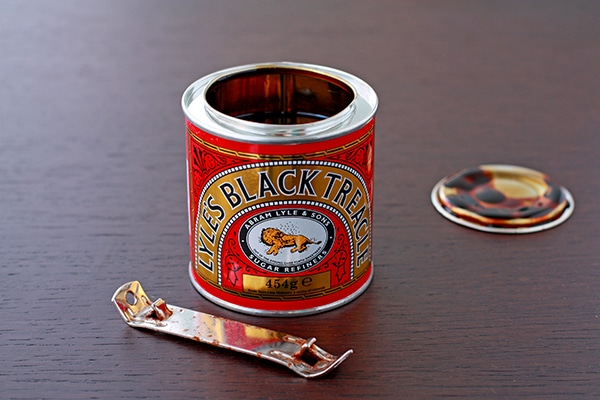 Months later, I found this fancy can of black treacle when I was in Brampton, Ontario (not quite London, England, but hey, they have treacle!). Lyle's Golden Syrup and Lyle's Black Treacle are often listed in British recipes but I'd never come across the stuff, so I was pretty excited when I saw a stack of these cans. Some girls get excited over a new pair of shoes or a cashmere sweater, and I am over-the-moon when I find a fancy can of black treacle. 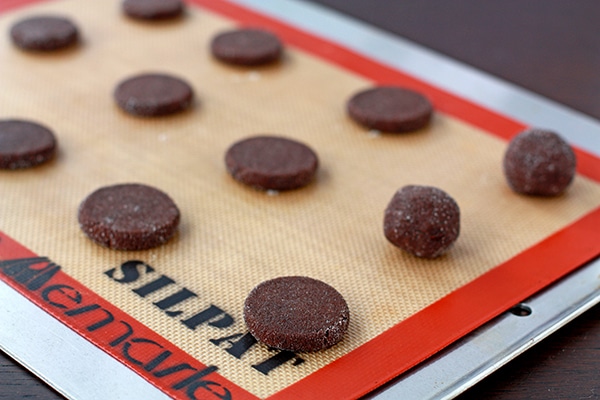 This pretty can of treacle helped me finally put my blackstrap molasses ordeal behind me. The syrup is dark and so molasses-y, but not as sweet as the fancy molasses that I am used to. My first recipe with the stuff is for these chocolate spice cookies. Their deep dark color comes from the black treacle and some Cocoa Barry extra dark cocoa. 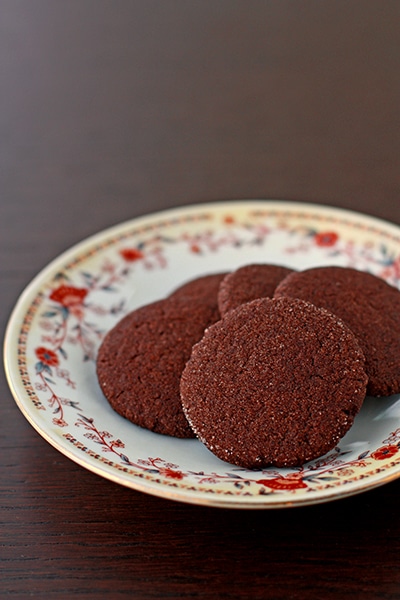 Though the original recipe is for gingersnaps (from Alice Waters, via David Lebovitz), I don't think these are very snappy. They are more wafer-like to me (like the ones you'd grind up to make a chocolate cookie crust). Ginger and black pepper feature prominently in the flavor of these cookies. The peppery notes surprise you as you munch on them, right at the back of your throat, kind of like when you indulge in a chilli chocolate bar. Of course, you can tweak the spice combination and use whatever spice you fancy. I think these are perfect for a cup of coffee or black tea, and the flavors are absolutely right for the crisp fall and winter months. 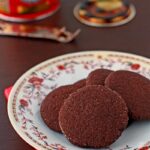