I made this recipe twice while trying to tweak the filling to achieve a better set than what is pictured. The first time I made this tart, I used only 7.5 mL (1.5 teaspoons) of tapioca starch to help thicken the plum compote filling. The set was soft, and a little runny, and not super stable over time.

The second time around, I thought I compensated with a little too much tapioca starch, using 2 tablespoons instead. But actually, my "mistake" proved to be a smart move. I wound up with a tart that had the perfect set, with no starchy mouthfeel and no gummy texture. Actually, using 2 tablespoons of tapioca starch yielded a pretty perfect tart! So I actually had to eat two tarts in the span of one week while working on this recipe. See how I sacrifice my waistline for you and this blog? Now you probably understand why I destroy myself at the gym. I do it for the tarts.

After making two plum tarts, my conclusions are that, firstly, this plum tart is fantastic, and secondly, I need to practice making pie crust. I don't think my technique is a problem, but I feel like I'm either not using enough butter these days (see recipe) OR I'm perhaps using a touch too much water and it's resulting in a super crispy crust. Flaky, but very crispy. So crispy, in fact, you can pick up a slice of pie and eat it like a slice of pizza. 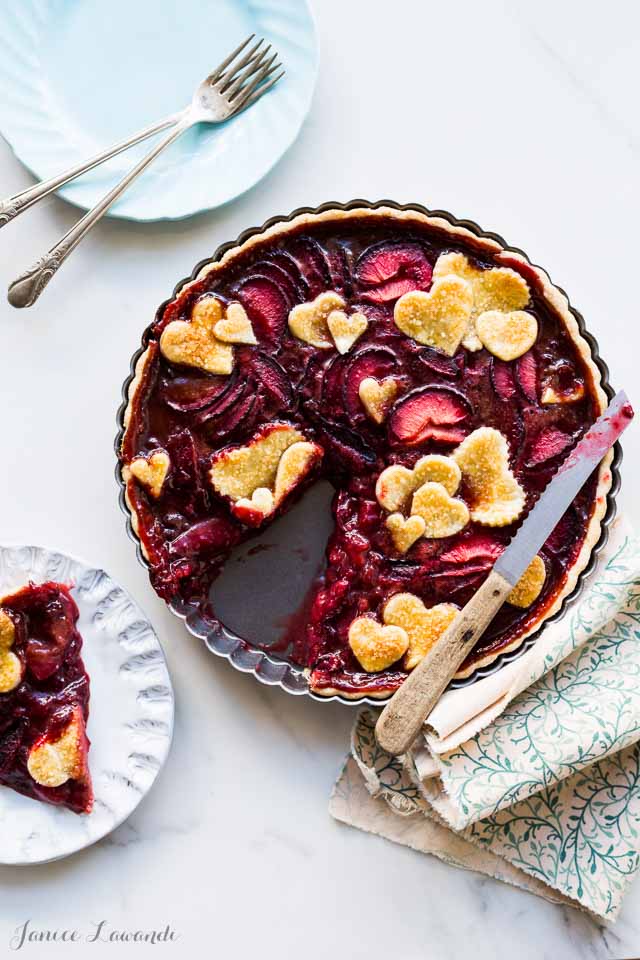 For this plum tart, I was inspired by a French apple tart we made in pastry school, which is quite different than a typical pie. For the apple tart, the fruit filling consisted of an apple compote (dry caramel + butter + diced apples) topped with thinly sliced apples to finish and create a decorative spiral top.

At first, I thought I would do just that, a buttery caramel that I would cook the plums in. But then I considered how, though I've made my fair share of caramels (dry or wet), you may not have as much practice. And some of you (and me too, to be honest) might have trouble with that step. So, I skipped the caramel altogether (I wasn't lying when I mentioned earlier I was trying to cut corners!). Instead, I started with muscovado sugar because muscovado lends a lovely caramel flavour to the plum compote filling of this plum tart without the risk of fire, 3rd degree burns, or pesky sugar crystallization. 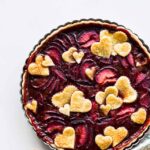 For the plum compote filling