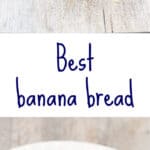 Find out the secrets to making a super moist cardamom banana bread with sour cream, from how to prep your bananas, why sour cream makes better banana bread, and how to reduce browning of banana bread when it bakes. 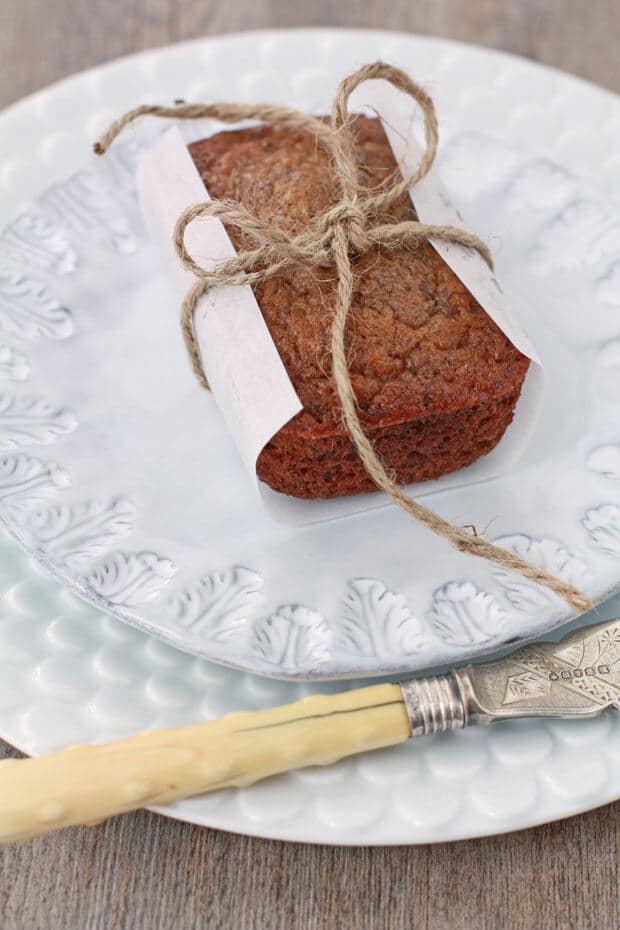 I'm pretty sure you are thinking to yourself "Not another banana bread recipe!" but yes, I had to. This banana bread is made with sour cream so it's super moist. It's also very flavourful, made with concentrated banana syrup, cardamom, cinnamon, and nutmeg. This may be the best banana bread recipe ever.  The floral spice of the cardamom actually enhances the flavour of the bananas, rendering this the tastiest banana bread I've ever encountered.

So, what are the secrets to a recipe for the best banana bread? Keep reading! 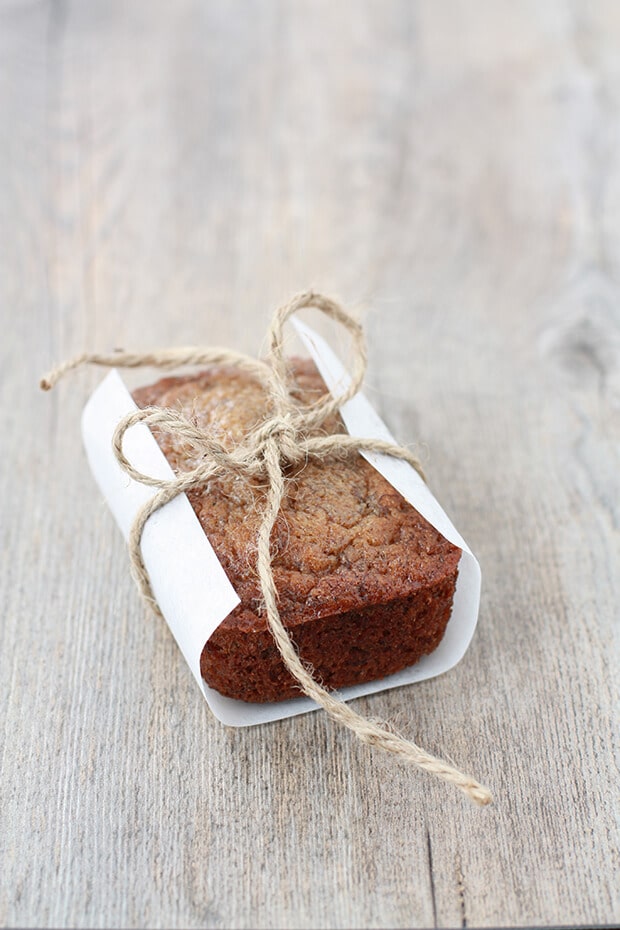 The secrets to making the best banana bread

The technique of this recipe will probably seem familiar since it is similar to the one published by Cook's Illustrated. The secret to a moist super flavourful banana bread are these 4 steps:

This method does add a few steps to the typical quick banana bread recipe, but they are well worth it because you will end up with a moist, flavourful, and light banana bread that is sure to satisfy even the most discerning of banana-bread-critics. Is this an award-winning banana bread recipe? I think so, but you should make it and let me know. 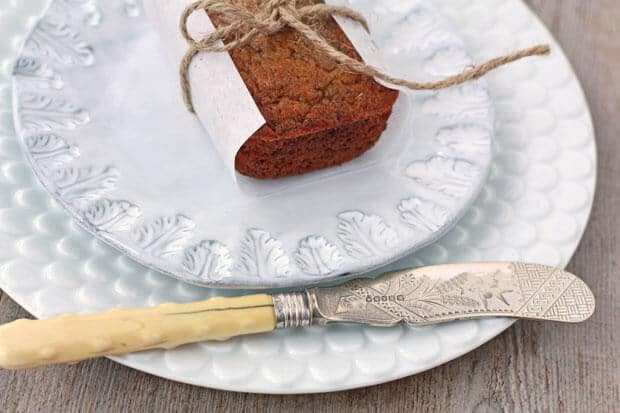 Cooking down the banana juices is especially important when making a banana bread from frozen bananas. When you defrost bananas (or any fruit, really), the cells will break down and the fruit will release a lot of water, or in the case of bananas, banana juice. That juice can really throw off a recipe if you aren't careful.

To ensure your banana bread bakes properly, cooking down the juices evaporates that excess water, thickening the banana juices into a flavourful, concentrated banana syrup that will add tons of banana flavour, without the excess water. This way you can add 4 big bananas without throwing off the recipe. 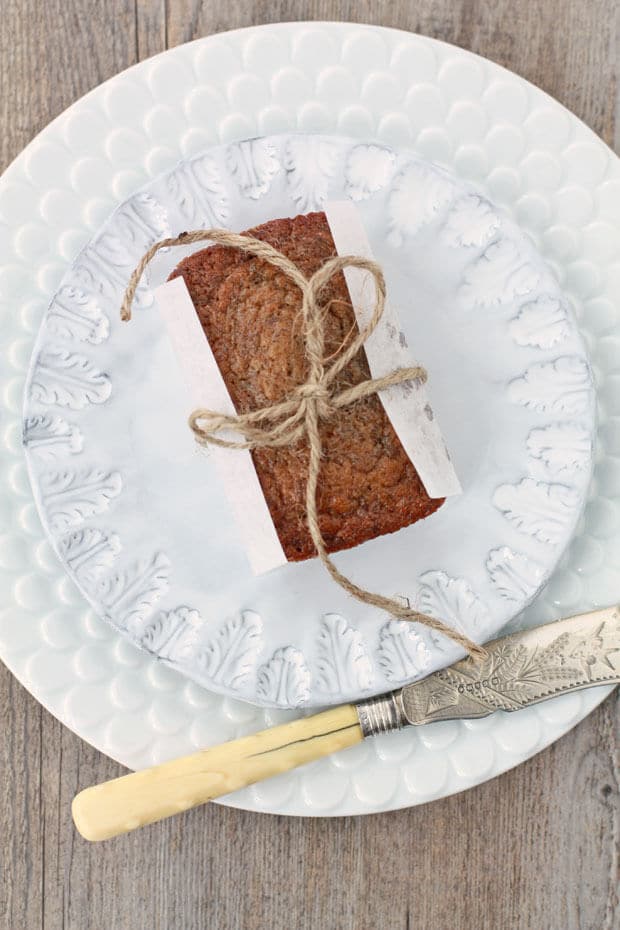 Tip #2: for a flavourful banana bread, use more baking soda and more salt than you might normally 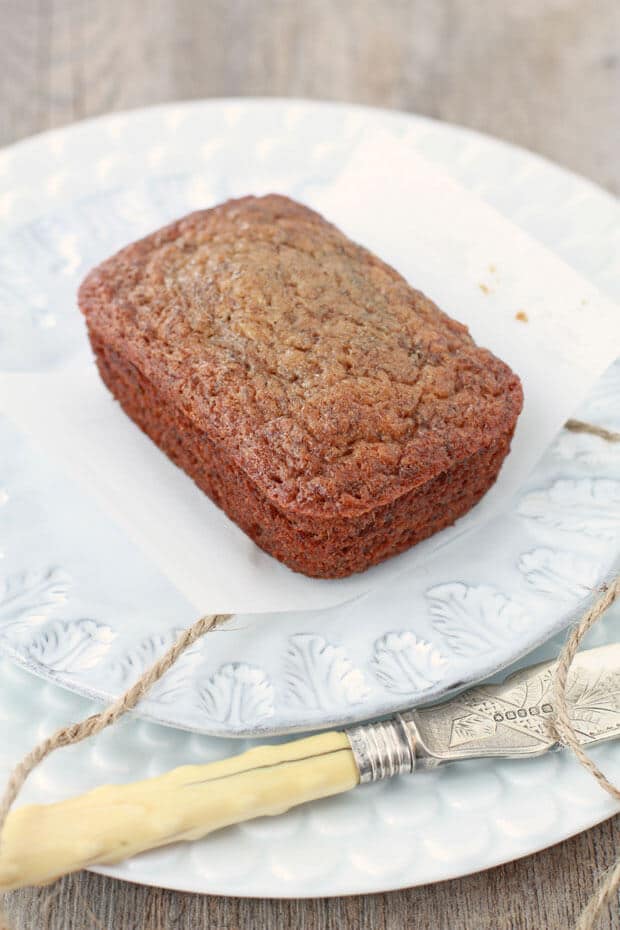 Sour cream has a pH under 5 and it's an acidic dairy product that will lower the pH of the cake batter. This means less gluten will form and this leads to a more tender texture.

You could also try crème fraîche to replace the sour cream, but crème fraîche has 40 % fat and less water, so this substitution would also have an impact on the final results. If you make a substitution, please let me know how it goes! 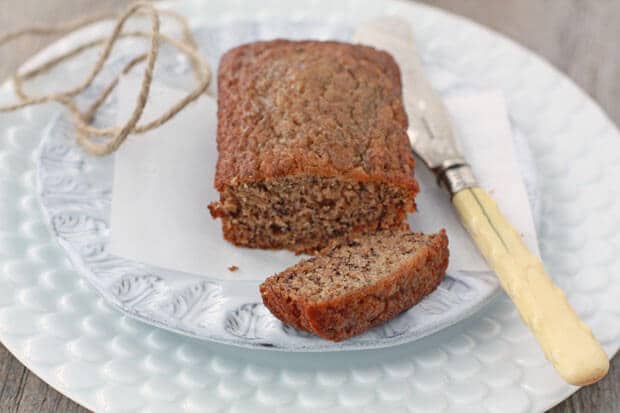 Tip #4: to improve the texture inside, don't purée the bananas!

Don't mash the bananas until they are totally liquid or puréed. This is a mistake. The bananas will break down quite a bit as you mix them into the batter so there is no need to liquify them with a potato masher. People tend to overdo this step, honestly. Keep the banana chunky and just press it a little to remove the banana juice. Don't mush it into a liquidy pulp. Trust me.

On that note, if you notice your banana bread has a gummy layer towards the bottom of the loaf, it could be because you overworked the bananas and broke them down too much, releasing too much liquid. It could also mean that you added too much banana or too much sour cream. 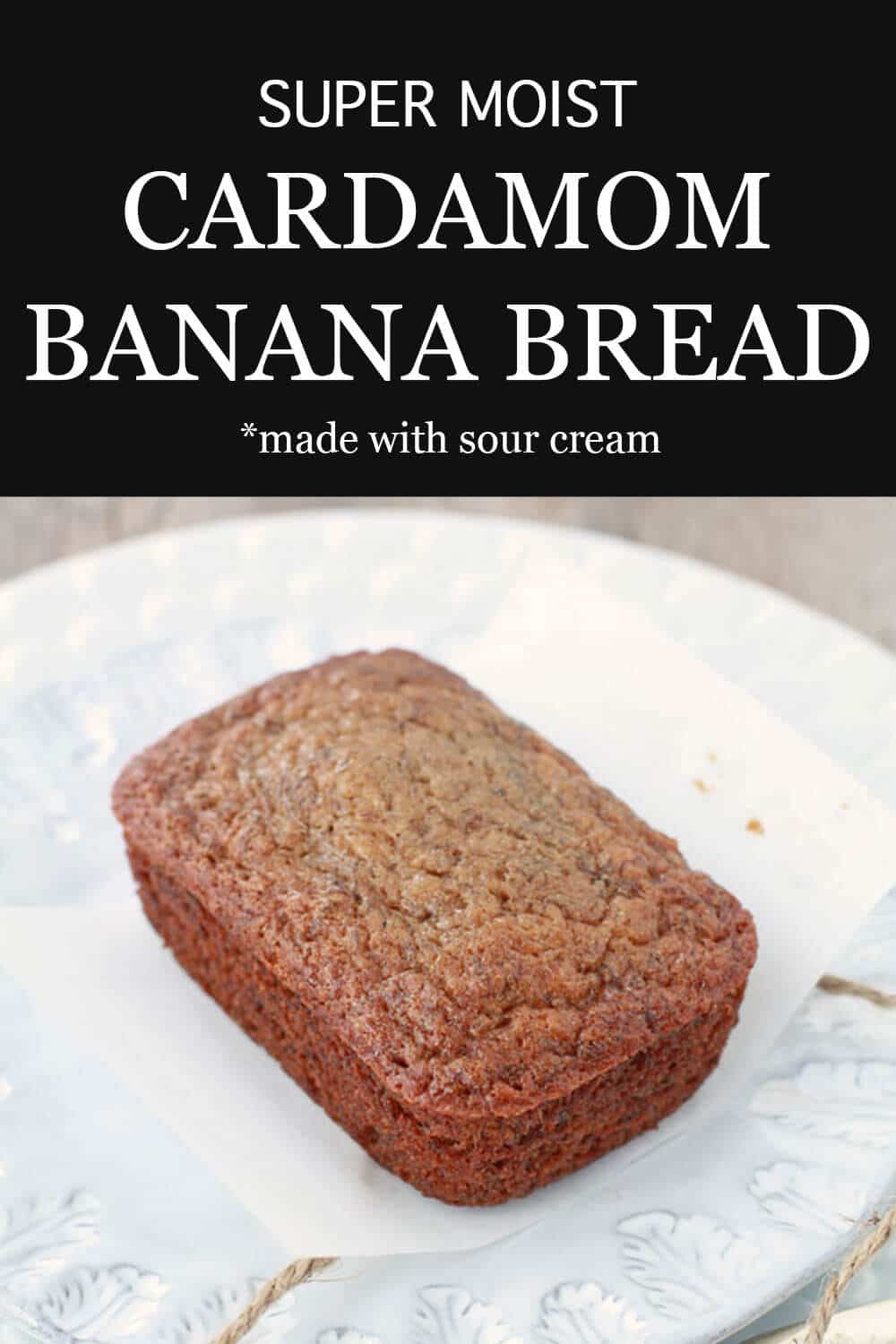 If you love to bake with bananas, give this coffee banana cake with chocolate frosting a try! And I've also got a monkey cake if you need a banana cake for a birthday party. 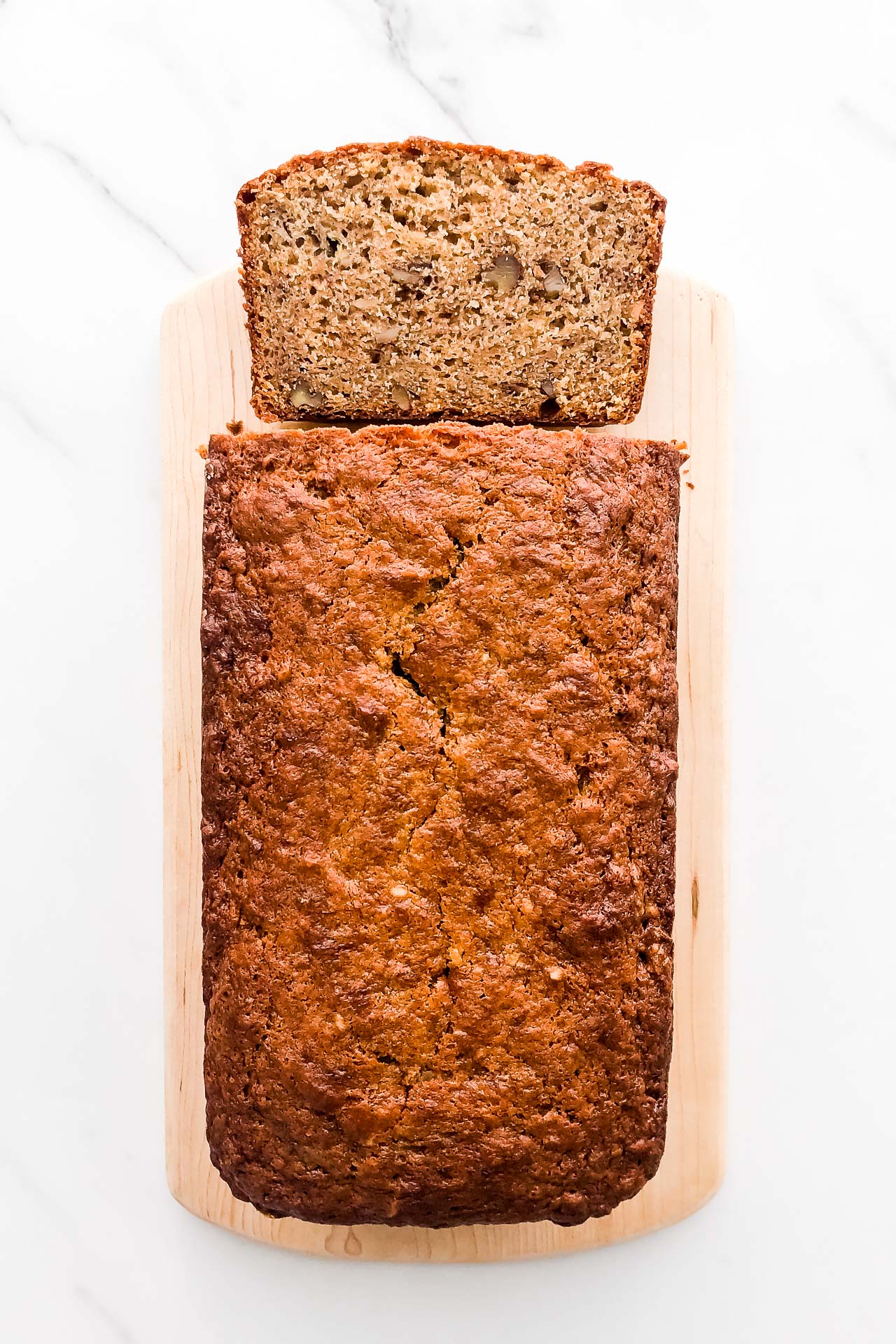 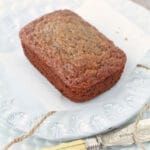 This recipe will also yield one loaf cake, baked in the OXO 8.5x4.5" loaf pan from Amazon. It will take a full 65–75 minutes to bake at 350 ºF and the outside will darken significantly. Make sure to check the inside with a cake tester before removing from the oven because the colour of the outside is deceiving and not a good indication of if it's baked in the middle. This recipe actually comes from Olive & Gourmando, a very popular café in Old Montreal and this is their recipe for banana muffins. The recipe was published in the book "The Art of Living According to Joe Beef" (which I highly recommend and you can buy it on Amazon) If you want to skip step 2, use fresh, ripe bananas (not from frozen/defrosted). In this case, use up to 310 mL (1 ¼ cups) of mashed ripe bananas (about 3 bananas), not more, as I did in this banana cake with milk chocolate frosting
Tried this recipe?Mention @bakesomethingawesome or tag #bakesomethingawesome!

If you've ever read about Montreal, then you probably encountered a blurb or two on the restaurant Joe Beef. It's described as iconic, and typical of Montreal. It's a small space filled with big, jovial, fun-loving personalities and comforting, delicious food. Some of the Joe Beef crew put together a wonderful book entitled "The Art of Living According to Joe Beef" (Amazon)" that really reflects the ambiance of our city, and my growing neighbourhood of Saint-Henri/Little Burgundy. The book assembles the stories behind the restaurant and its people, and even gives away several of their favourite and/or famous recipes.

The book contains recipes for a few awesome dishes like lobster spaghetti, canard et saucisse, and even "good fries". Obviously, I went straight to the desserts section at the end. The dessert section is pretty random because it contains all sorts of sweet treats from simple banana bread to a fancy marjolaine layer cake. Personally, I love the randomness, but some may shake their heads.