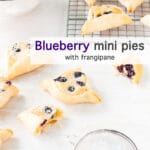 Want to go straight to the recipe? Click here to go to the blueberry almond mini pies recipe. 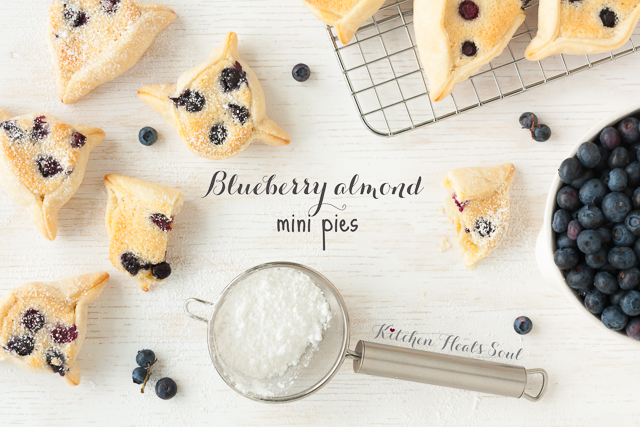 A friend asked me how I came up with this recipe, or any of the recipes you see here. I'm still not sure I have an answer. With most recipes, I just have a feeling that one flavour will go with another. I am very particular about flavours and "what goes with what." I don't like to mess too much with pairings that work. My tastebuds like watermelon and feta together, and my tastebuds agree that adding to the mix cucumber, flat-leaf parsley and black olives is just right. Unfortunately, then some people go and muck that up with tomatoes, and my brain immediately says no. Do I have an explanation? Not really. Or at least, I don't have an intelligent, tangible reason for the firm no. Most of my recipe ideas start with a flavour or a flavour pair and a hunch. I know: a hunch is so very un-scientific of me. 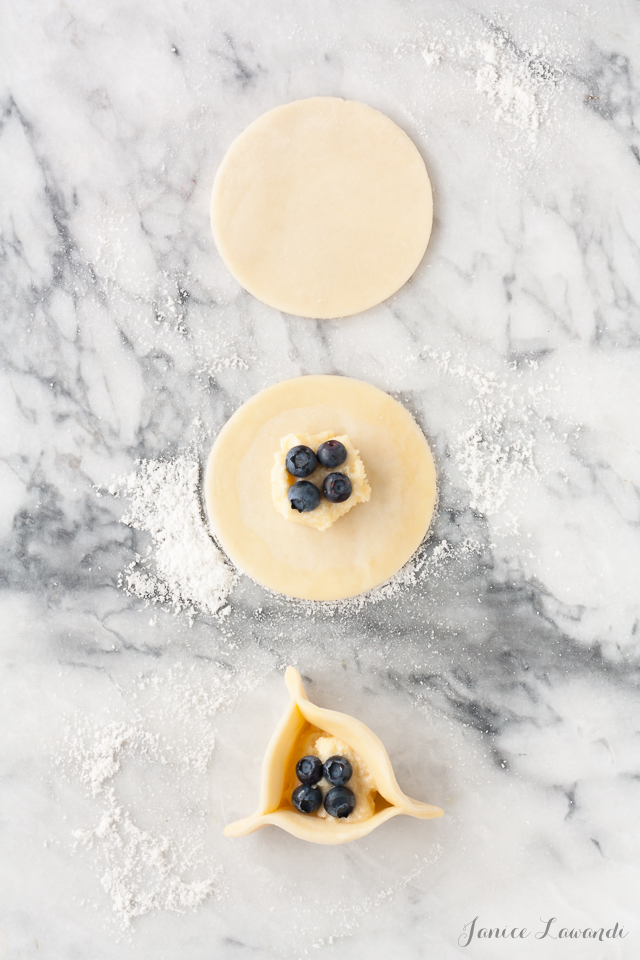 If you asked François Chartier why two flavours work well together or why certain foods will play well with each other, he'll tell you that it's because they share a common thread, and that thread is a compound that both foods possess. For example, according to Chartier, maple syrup and soy sauce are a great match because of sotolone, present in both. Soy sauce and maple syrup work well together because of their similarities. François Chartier has even written a book on the subject: "Taste Buds and Molecules," which is a really awesome read and one that I'd highly recommend, especially if you are curious about flavours and molecules and food-wine pairings (it's even been translated into English and is available  on Amazon).

Following that train, we could probably explain why almonds and blueberries work well together. We know benzaldehyde is responsible for that deeply almond flavour, and I'm quite sure it's also present in blueberries, at least to a small extent. Is that why blueberries and almonds work so well together? I guess the short answer is maybe! Almonds go well with apricots, cherries, and many types of berries, all of which contain benzaldehyde. 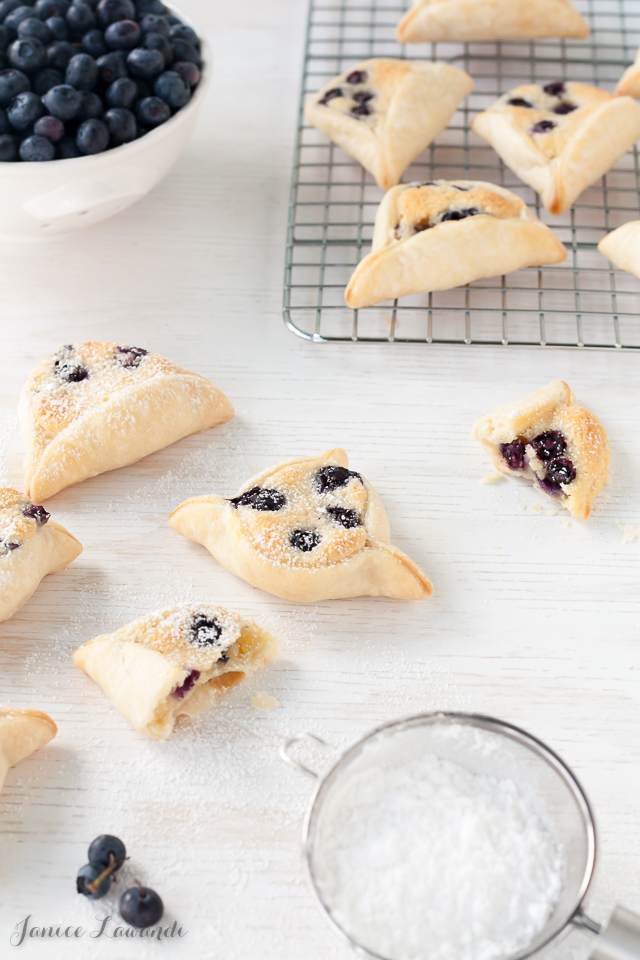 So what about this recipe? I honestly wasn't thinking about benzaldehyde when I came up with this recipe. The inspiration behind these blueberry almond mini pies had nothing to do with molecules and everything to do with Ben & Jerry's ice cream. A couple years back, Ben & Jerry's had this "special edition" flavour called Mission to Marzipan, and I'd love to eat it with blueberries. In my mind, blueberries and marzipan are a delightful match. That ice cream flavour is long gone, and I thought I might as well revisit it, in pie-form. By the way, apparently the British call pies filled with frangipane and fruit (or jam) "bakewells," so I guess that's actually what these are. I'm still calling them pie. If you aren't a fan of frangipane, you can always make these blueberry hand pies. Or you can always make blueberry white chocolate cookies. 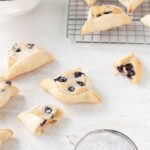 For the frangipane filling 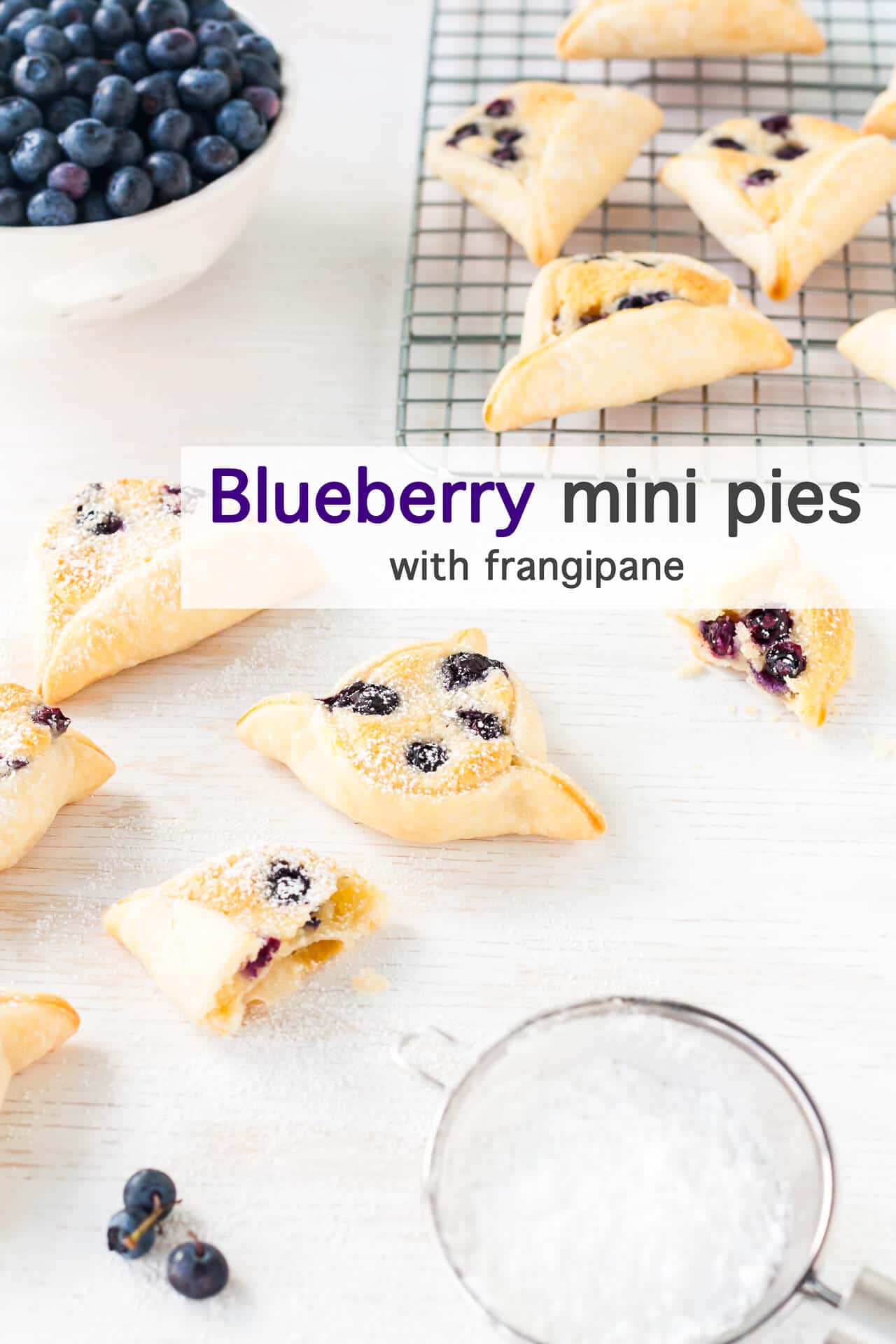 Previous Post: « How to develop a gluten-free cake recipe from mashed potato
Next Post: A commonplace book of Pie | Kate Lebo »