Jump to Recipe Print Recipe
Brioche bread makes the best French toast. You can turn leftover bread into the most exciting stuffed French toast with brioche, using this recipe! 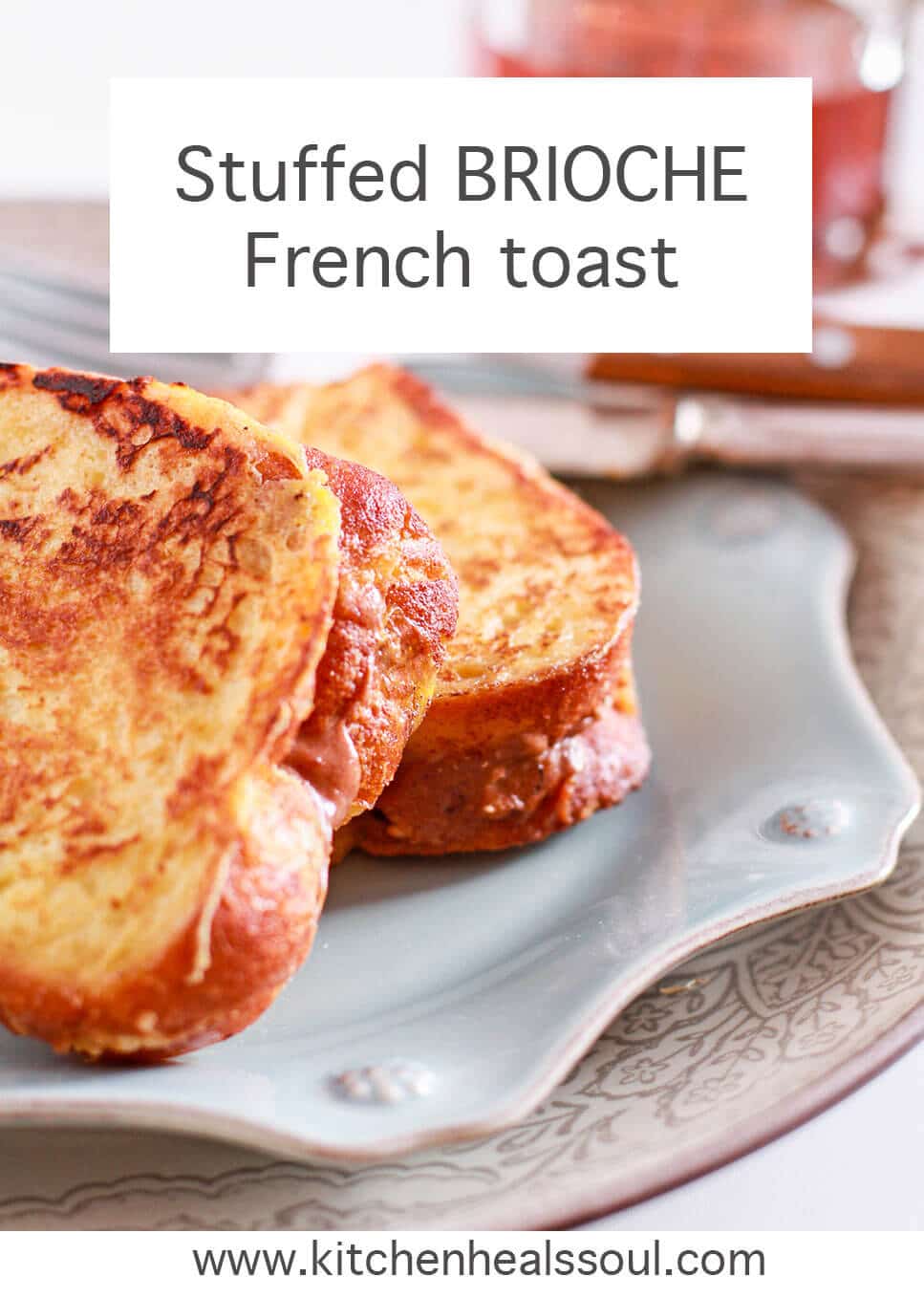 For the best French toast, use brioche bread!

Why make French toast with brioche? Because brioche bread is an enriched bread made with eggs and lots of butter. Brioche is fluffy and tender, and when you dip it in an egg and milk batter before frying it in more butter, it makes the fluffiest, richest French toast you can make. The texture is so soft and cake-like inside.

Stale brioche is sad, especially if it's brioche you worked so hard to make by hand (or even if you made brioche with a kitchenaid mixer). That's okay because that's what French toast is for! Only good things can happen if you make French toast with brioche. Just do it! 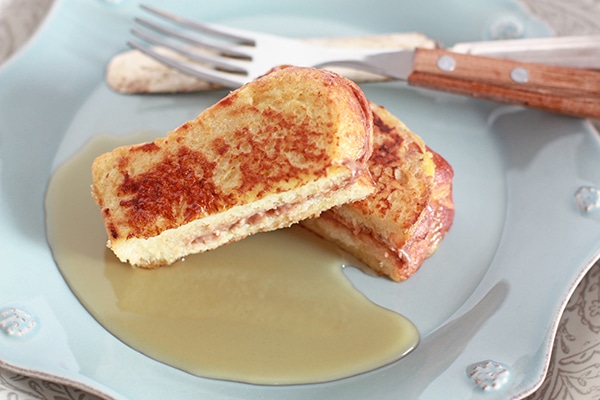 See, that's the beauty of French toast (which the French call pain perdu, making reference to the fact that it's made with the "lost" bread that is stale): stale bread can be reinvented into something even better, while reviving its light texture. 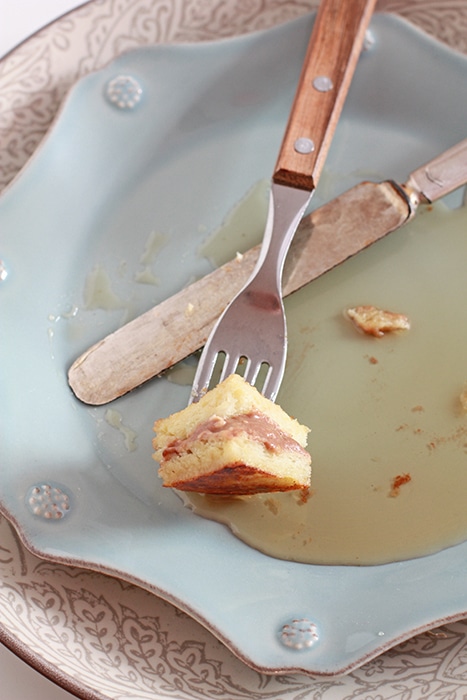 How to make stuffed French toast

Stuffed French toast might seem complicated, but it's actually quite simple. Essentially, you slice a loaf of stale bread into thick slices (at least 1 inch thick). Cut a slit horizontally into each slice along one edge to make a pocket that you then fill. If your filling is very sticky, you could probably just make a sandwich with two thinner slices, especially if your loaf came pre-sliced. Once stuffed, you dip each slice of stuffed bread in an egg batter, fry it in a little butter, et voilà!

It can be tricky to get French toast to cook properly on the inside without burning the outside, especially because you are frying French toast in butter. Lately, I've been frying my French toast first so that it is perfectly golden brown on the outside, then I transfer the golden French toast to a sheet pan and finish it in the oven at 350 ºF. Depending on the thickness of the French toast and how much you soaked it, it can take 5 to 10 minutes in the oven. This is a good trick if you like crispy edges on your French toast. You can even bake it longer if you prefer. 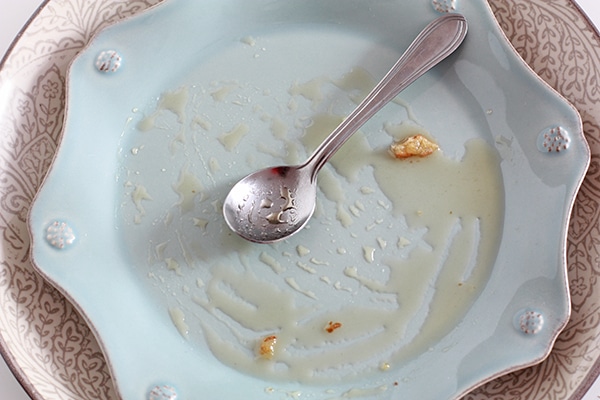 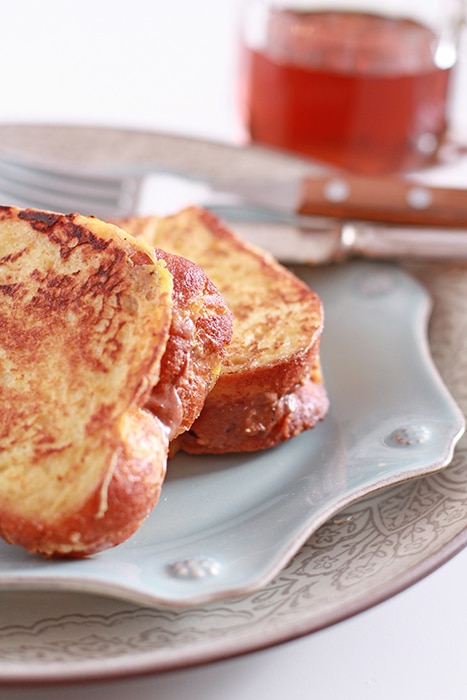 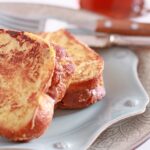