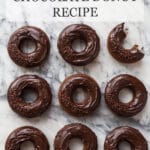 This is what you should make when you are craving a glazed chocolate cake donut, made with sour cream to achieve that perfect cake donut texture and topped with dark chocolate ganache and chocolate sprinkles. 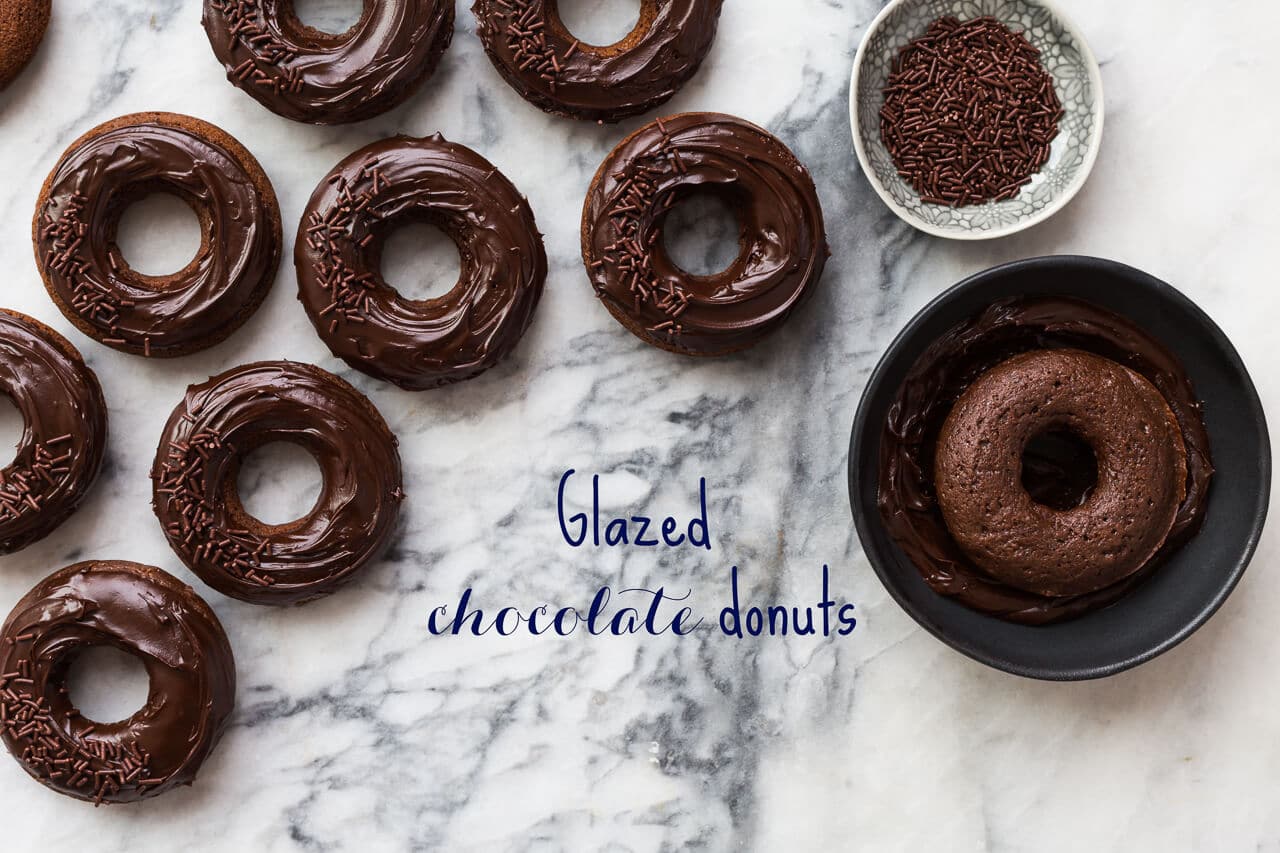 The quest for baked chocolate cake donuts isn't so straightforward. It took multiple batches to get the texture of them just right. I did a lot of reading of other baked chocolate donut recipes, and most of them had A LOT of chemical leavener in them (baking powder and baking soda), so much so, that when I baked my first batch of donuts, they were so light and fluffy, I could barely get them out of the pan without breaking them. I guess the first versions of my recipe would have made a great chocolate layer cake or chocolate cupcakes, but terrible donuts.

After much tweaking, I came up with this version, the best baked chocolate donut recipe I've tried so far: it has a denser cake texture, in a good way, like a chocolate cake donut should be.

In the final recipe, I completely eliminated the baking powder. Interestingly, in eliminating the baking powder, I seem to have ended up with a lighter coloured donut. I suppose this must be from the difference in pH between the batches, or maybe I mixed the batter at a slightly different temperature, or I let the batter sit for longer before baking the donuts. I'm not sure. 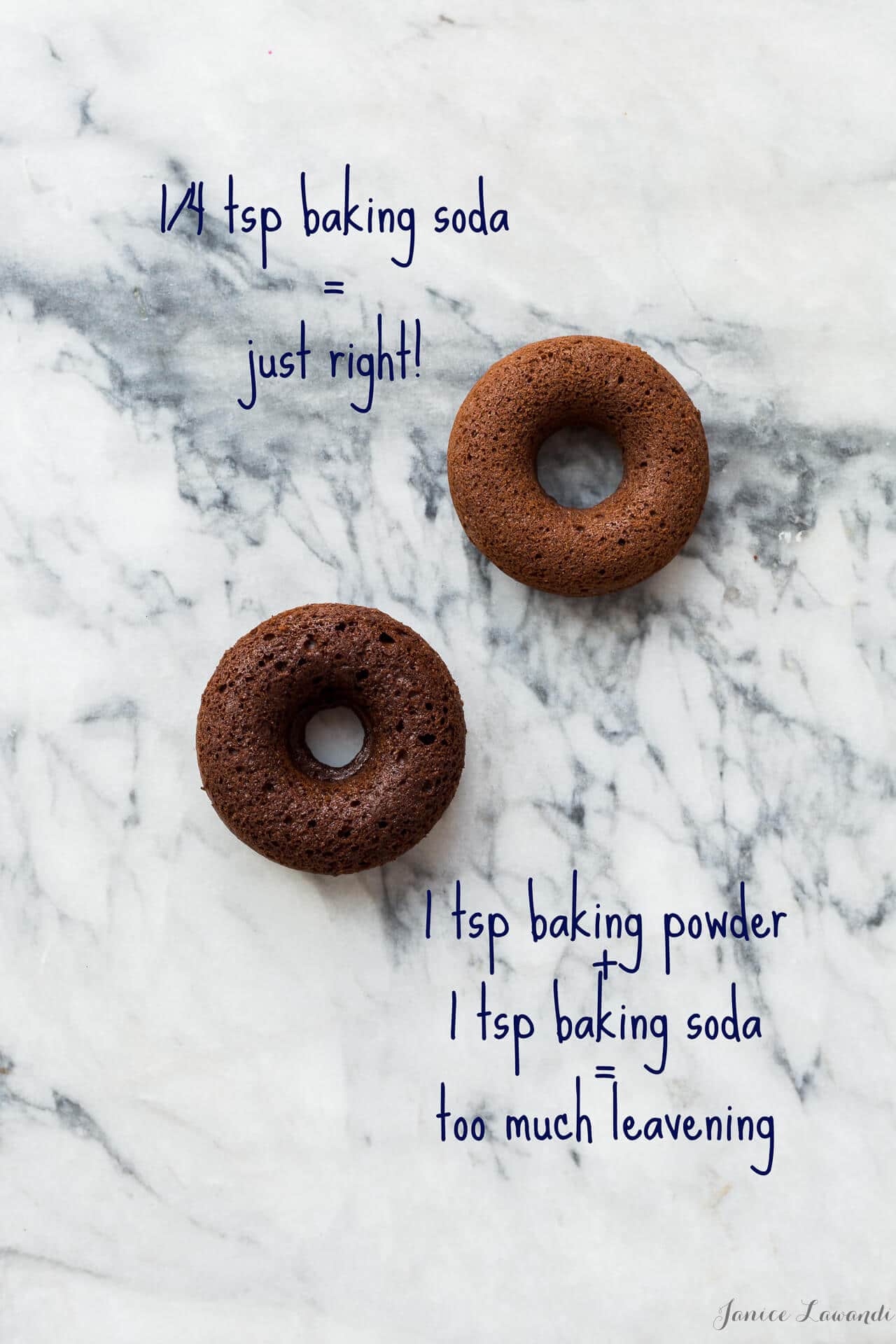 The recipe makes baked chocolate sour cream donuts and features a full-fat sour cream which helps make the donuts moist and cake-y. I've added sour cream to baked donut recipes before, like these baked sour cream donuts, which were coated in sugar to give them a crunchy sweet crust, reminiscent of fried donuts.

These donuts have a mild dark chocolate flavour that is the perfect base for a deep dark chocolate glaze that is much like a thick ganache. Over the years, I've learned that the key to a glaze that stays put is thickness (this glazed carrot cake is a perfect example of thick versus thin glaze where I tried both). And just like I've told you to embrace the sticky dough when making the best chocolate chunk scones, I think you should embrace the thick when making glaze.

This recipe yields ten baked doughnuts, so you will need to use two donut pans, ideally, or save part of the batter to bake the second batch after the pan has cooled down.

It's really important when you bake with chocolate to use the best chocolate for baking that has a good flavour, especially when it comes to frostings, ganaches, and glazes. To make these baked chocolate donuts, I used Ocoa chocolate from Cacao Barry, which is a 70% cocoa dark chocolate with a deep chocolate flavour. You can find it at IGA grocery stores in Quebec in 1 kilo resealable bags. If you aren’t living in Quebec, you can order it and most Cacao Barry products online via the Vanilla Food Company website and they ship across Canada and to the United States! This means that we all have access to professional quality chocolates. Better chocolate means better baked goods at home and better donuts for all. 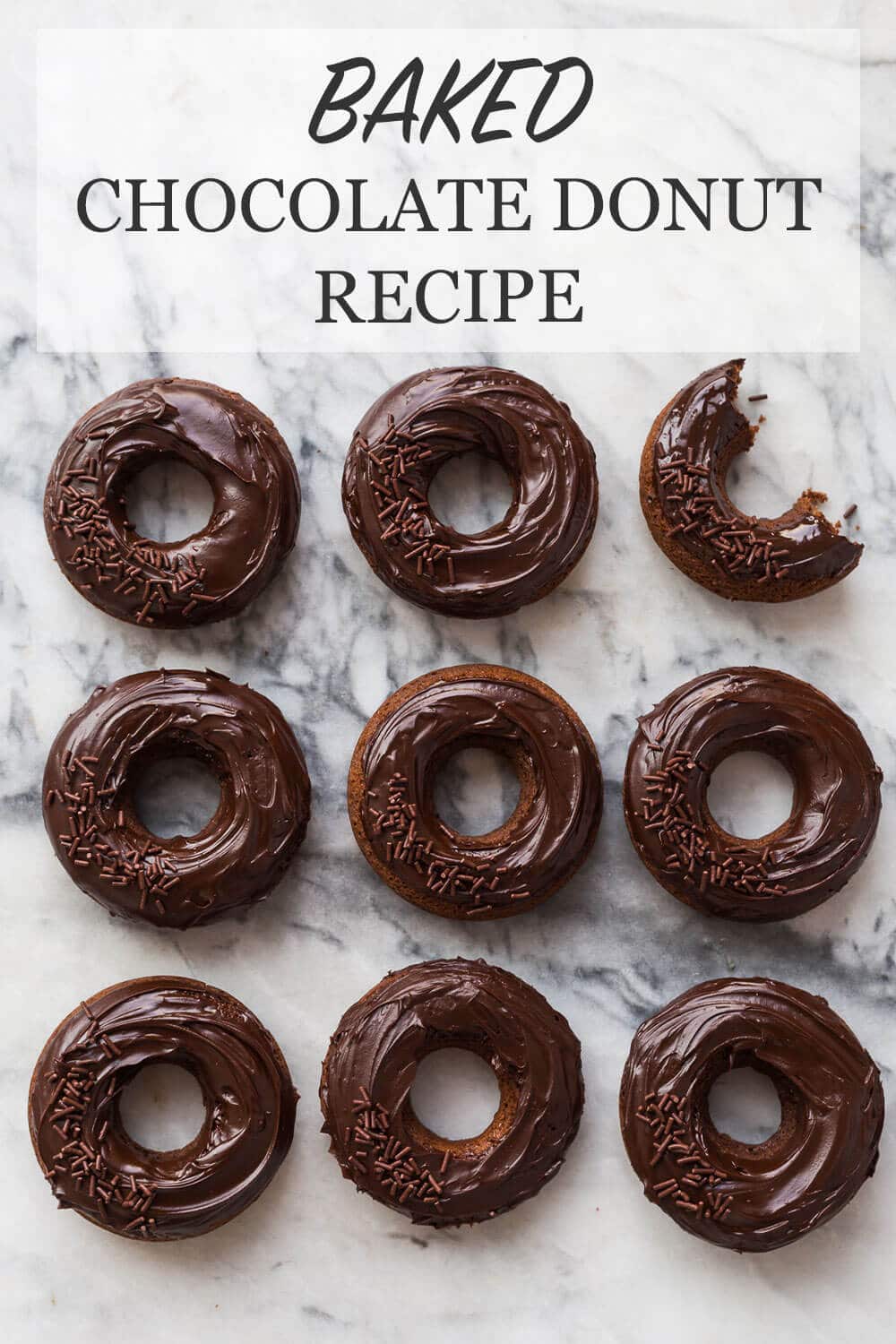 If you are looking for a plain, classic donut, try the old-fashioned baked sour cream donuts, and during the fall months, the baked pumpkin donuts with cardamom. 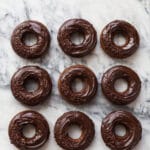 This post is sponsored by Cacao Barry. I was compensated monetarily and with product. Thanks for supporting the companies that allow me to create content for Kitchen Heals Soul. As always, please know that I wouldn’t work with a sponsor nor recommend a product if it wasn’t worth it.
Please note this post contains affiliate links to Amazon. If you buy a product I recommend, I will get a small commission, and the price you have to pay will not change in any way.