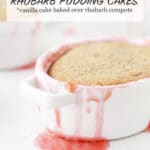 These rhubarb pudding cakes are a creative way to bake with rhubarb with a simple homemade rhubarb compote made with tangy pink rhubarb on the bottom and topped with a buckwheat butter cake for the perfect "lazy" spring/summer dessert that everybody will enjoy. 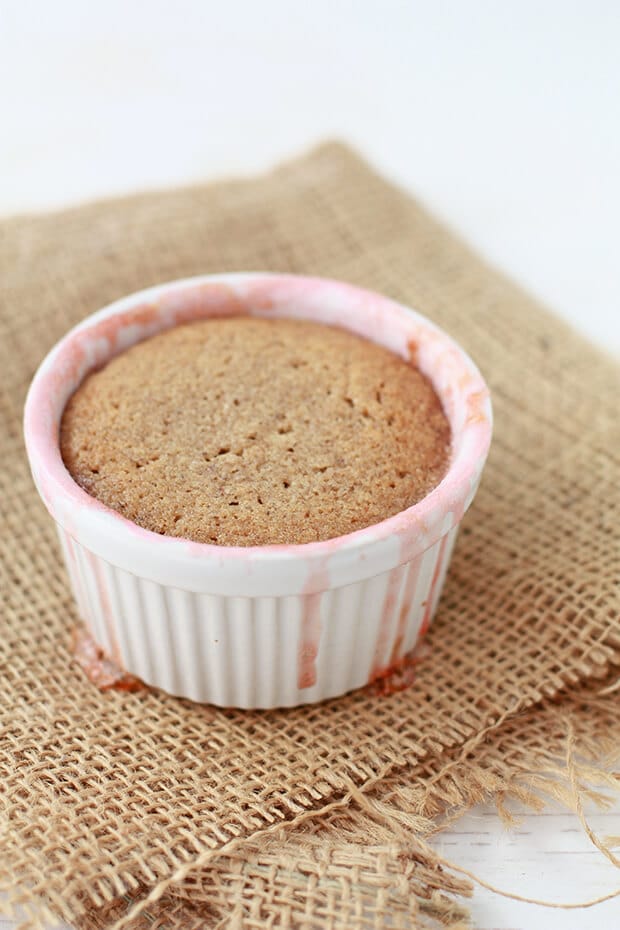 The British refer to desserts as "pudding" which can be a little confusing to those of us in North America. But this recipe is for a pudding cake that the Brits would probably also refer to as a pudding, perhaps the rhubarb version of a sticky toffee pudding? 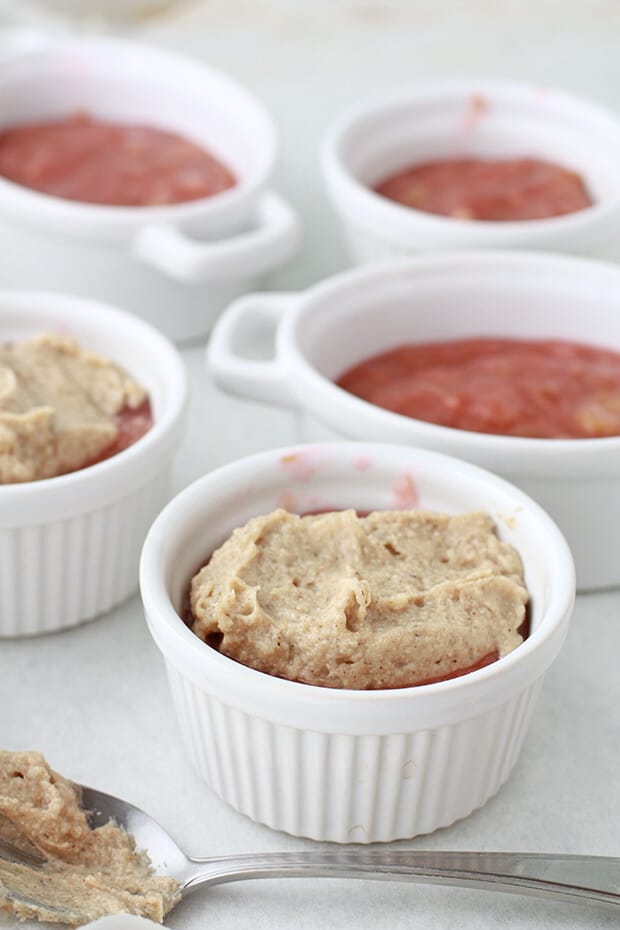 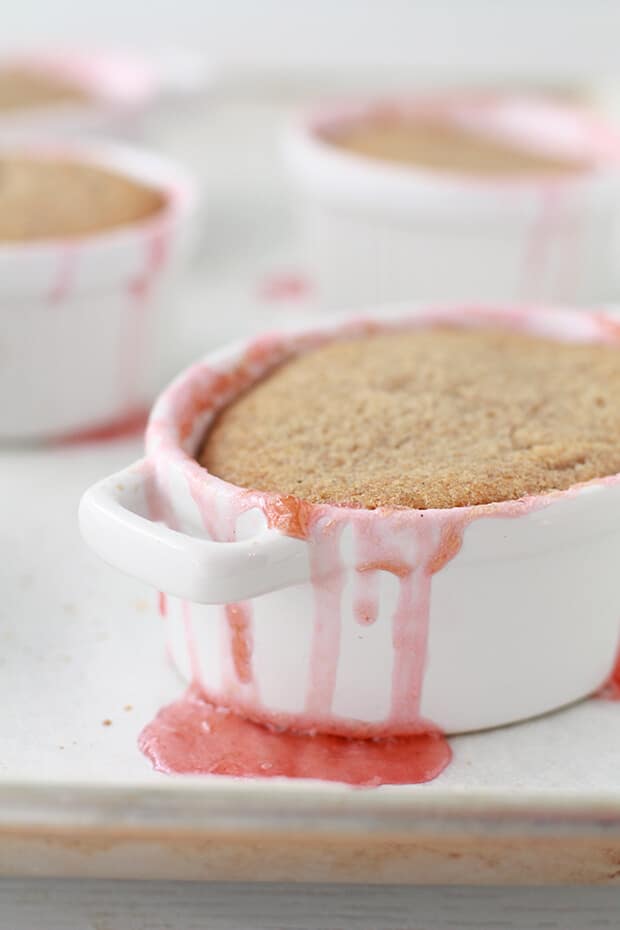 There's also the retro marmalade puddings that are actually steamed cakes baked with marmalade. And let's not forget the traditional Quebec dessert pouding chômeur (which translates as "poor man's pudding"), which has a saucy layer of cream and maple syrup (or brown sugar) baked with a thick layer of cake on top.

The rhubarb pudding cake recipe here is a variation on that theme. In this case, you make a batch of pink rhubarb compote which gets divided between a set of ramekins, and then a cake batter is placed on top before baking. You end up with a saucy tangy rhubarb compote layer tucked beneath a sweet cake layer. So good! 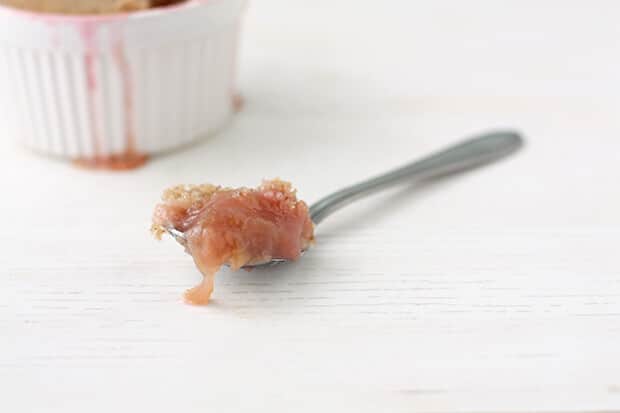 I'd say this variation of the old-fashioned pudding cake will go down as one of the best rhubarb recipes on the blog. It's so comforting and a true ode to spring/summer pink rhubarb. I am super excited to share this rhubarb pudding cake with you (loosely adapted from Ricardo magazine, volume 11, number 5). I think this is such an easy and delicious way to showcase rhubarb: a simple homemade rhubarb compote topped with a buckwheat butter cake. I guess it's a lot like a sticky rhubarb pudding, you could say! 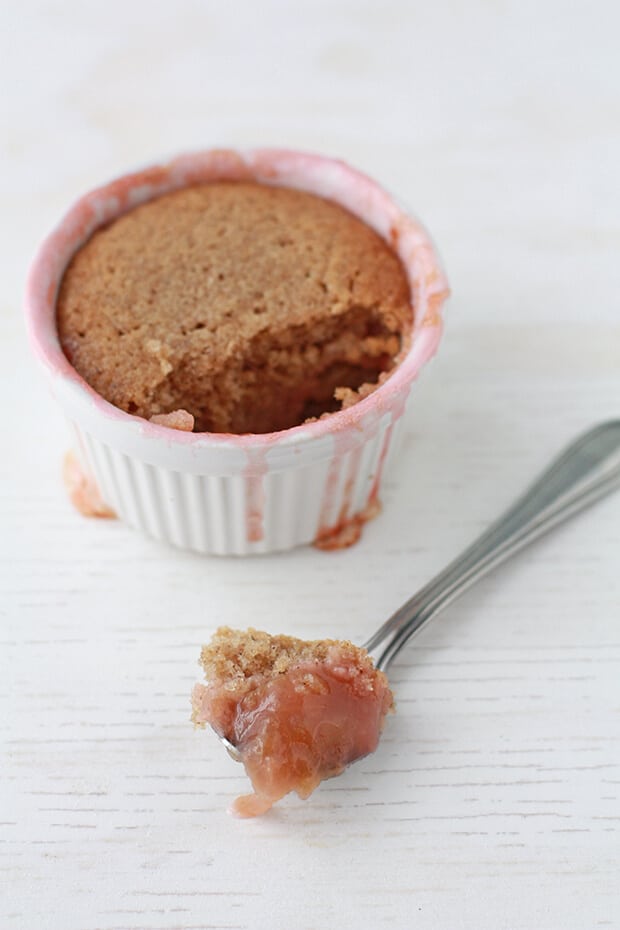 Honestly, this turned out to be one of my all-time favourite desserts that I've shared with you until now. It might become my go-to rhubarb dessert to mark the season every year, along with strawberry rhubarb muffins, rhubarb bostock, strawberry rhubarb crumbles and rhubarb jam. The compote is sweet, but still tart and loaded with rhubarb flavour. The buckwheat cake is delightfully nutty. I'd really like to eat this every day, maybe even twice a day (once for breakfast, and once for dessert after dinner). Don't just read this: make it! And if you would prefer a cake with the rhubarb baked on top, try this moist rhubarb cake or these mini orange cornmeal cakes recipe. 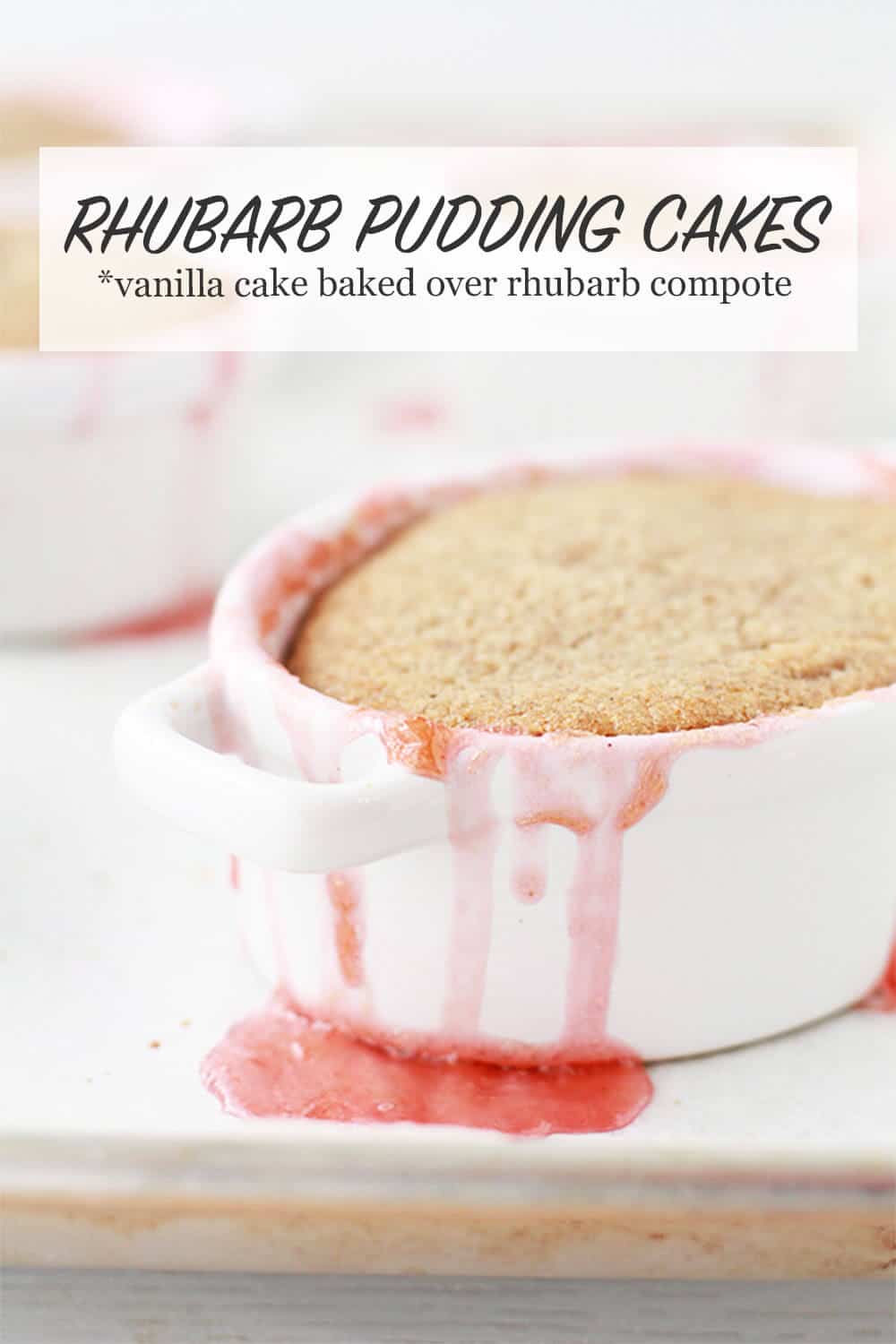 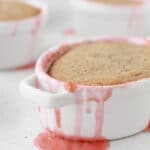 To make the rhubarb compote

To make the buckwheat cake 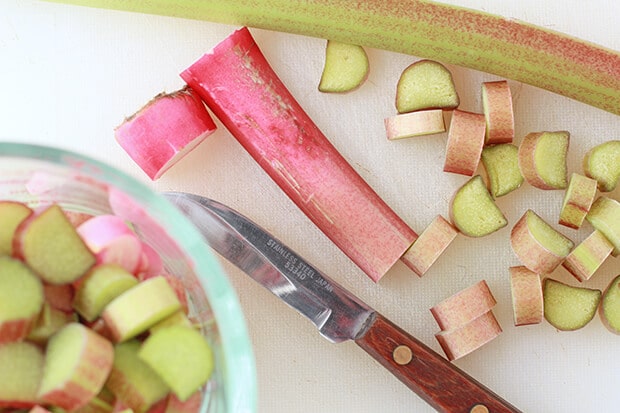